MTI launched the database for trade in services 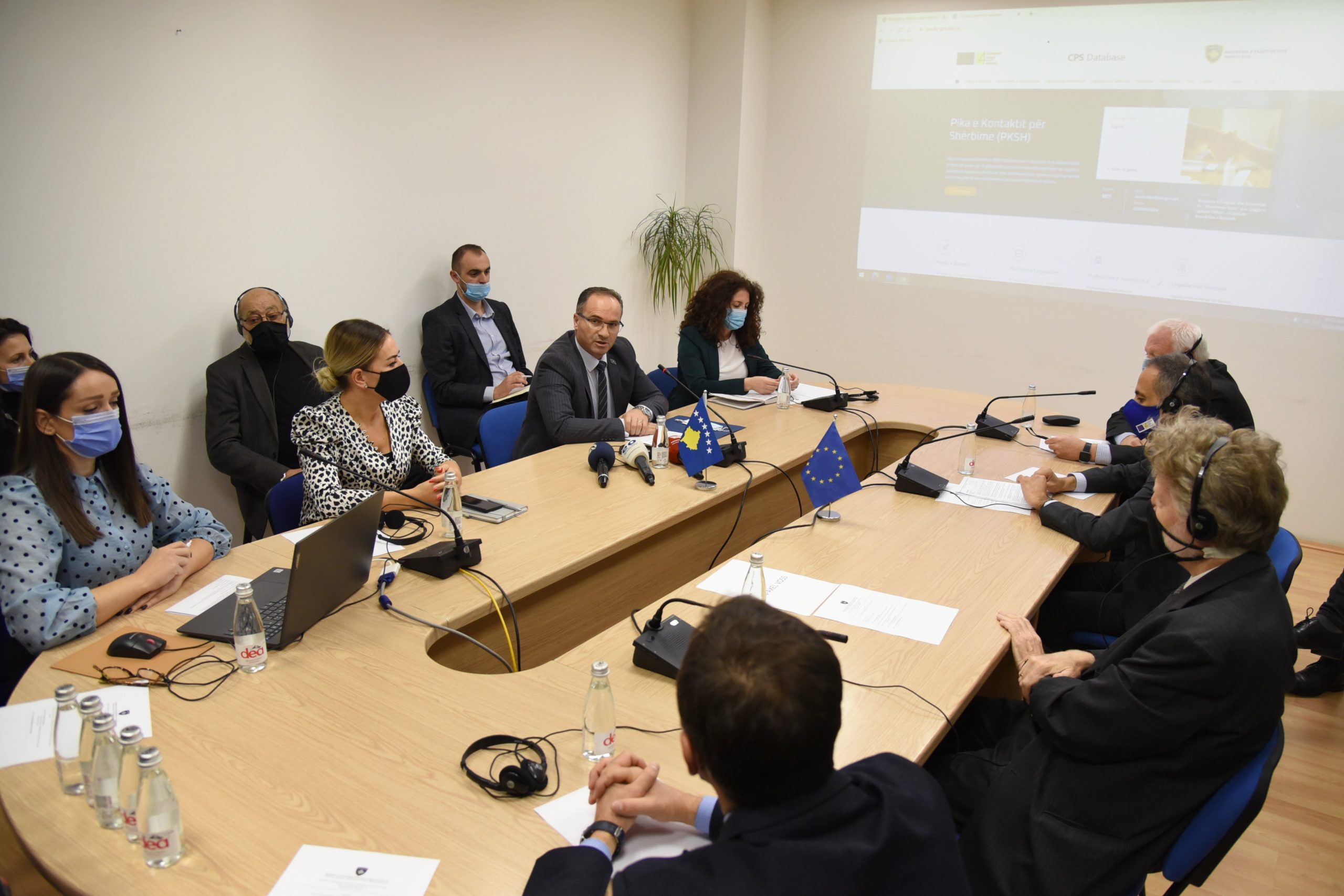 The Ministry of Trade and Industry / Department of Trade, with the support of the EU-funded project and the German government through GIZ

On this occasion, the Minister of Trade and Industry, Vesel Krasniqi, said that the services sector is the most important segment that contributes to employment. “The services sector is the largest segment of Kosovo’s economy and the driving force, which contributes to the largest part, in added value, employment, and local trade, thus the service’s activities have covered 74 percent of the production of the gross domestic product in 2019 and has employed 85 percent of the total labour force in Kosovo. “Also, the export of trade in services for 2019 has reached the value of 1.6 billion euros,” said Minister Krasniqi.

He stressed that the main purpose of this database is to facilitate access to all parties of interest to the legal framework that governs services activities in Kosovo, thus assisting the operation of those already in the market and those entrepreneurs who want to start providing services in Kosovo.

By evaluating the electronic platform for services in trade, Minister Krasniqi said that this platform is only one successful step towards the establishment of a Point of Single Contact based on the Services Directive of the European Commission and the Law on Services.

Riccardo Serri, from the European Union Office in Kosovo, stressed that it is good to work together on this project, as it is part of the partnership between them.

“We have tackled on some of the main issues, which I would like to repeat and emphasize on this important day for us, since it is the day of the project launching, the contact point on services,” said Serri, adding that this is something for which it is good to work on this project together with other partners.

While, Mark Barrett, head of the project that supports the EU Integration process within GIZ-Kosovo, said that, this project proves that the implementation of the SAA is a very practical and safe way to EU integration.

Even in these pandemic circumstances, we have managed to get involved in some activities related to the integration process. I think that the development of this point shows how the process of integration with the SAA is very practical”, said Barrett. He added that there are many discussions and what is implemented through this process becomes very real and deals with improving the economic situation which is something that helps Kosovo move forward. According to Mr. Barrett, the creation of this point of contact is the first step towards integration. He thanked MTI/DT for the proactivity and excellent coordination of this process when it is known fact that it has been more than a donor.

And, at the very end, the electronic platform was presented to the audience by Shqipe Jashari Sekiraqa – head of the Division for Trade Agreements in the Department of Trade.